Create an Account - Increase your productivity, customize your experience, and engage in information you care about.

Around 7:30AM on March 8, 2019 a massive rockslide damaged County Road 17, approximately 3 miles north of Ouray. A rock the size of two large SUVs landed on the surface of the road above the gas main that supplies the City of Ouray and Whispering Pines neighborhood. (Click here to view the March 14, 2019 Press Release)

Ouray County was successful in securing $74,255 in emergency grant funding from the Department of Local Affairs (DOLA) to fund rockfall mitigation, removal of the rock, road repair, and reconstruction and repair of a retaining wall. Using the County's emergency procurement policy, the County retained the services of EarthTech West II to perform the rock scaling (by and through subcontractor), mitigation and repair of the retaining wall.

On June 17 and 18 hillside reconnaissance was performed; areas for scaling were marked and equipment was moved into place. (Click here to view the June 24, 2019 update.)

Phase 1 assessment and scaling work was completed on Friday, June 28. Phase 2 work, including drilling, grouting, netting and tightening was completed on Monday, July 22. Black Hills Energy will be on site on Thursday, June 25 to expose the gas pipeline and determine methods for rock removal. The County and EarthTech West will be working to break and remove the rockfall debris and Black Hills Energy will fully replace the gas line in this area. Remaining work includes repair to the HIlfiker retaining wall and road rebuilding and grading. Expected completion is Friday, August 9th. (Click here to view the July 23, 2019 update.)

As of August 8, 2019, all work on the rock mitigation above the road, including bolts and netting, is complete and the road is cleared of rock debris. The retaining wall that was damaged in the rockslide event is also completely repaired. However, the natural gas pipeline embedded in the road suffered some damage and a 60 foot section will need to be replaced. The scheduled repair and line replacement by Black Hills Energy is planned to be completed by the end of the day on Wednesday, August 14; the backfill of the trench will occur on Thursday, and road repair and basic grading will occur by the County on Friday, August 9 so County Road 17 can be temporarily open for an event on Saturday, August 17. Final grading of the road will be performed by the County on Monday August 19  and the road will be officially reopened thereafter. Tuesday, August 20 is the anticipated opening date. (Click here to view the August 8, 2019 update) 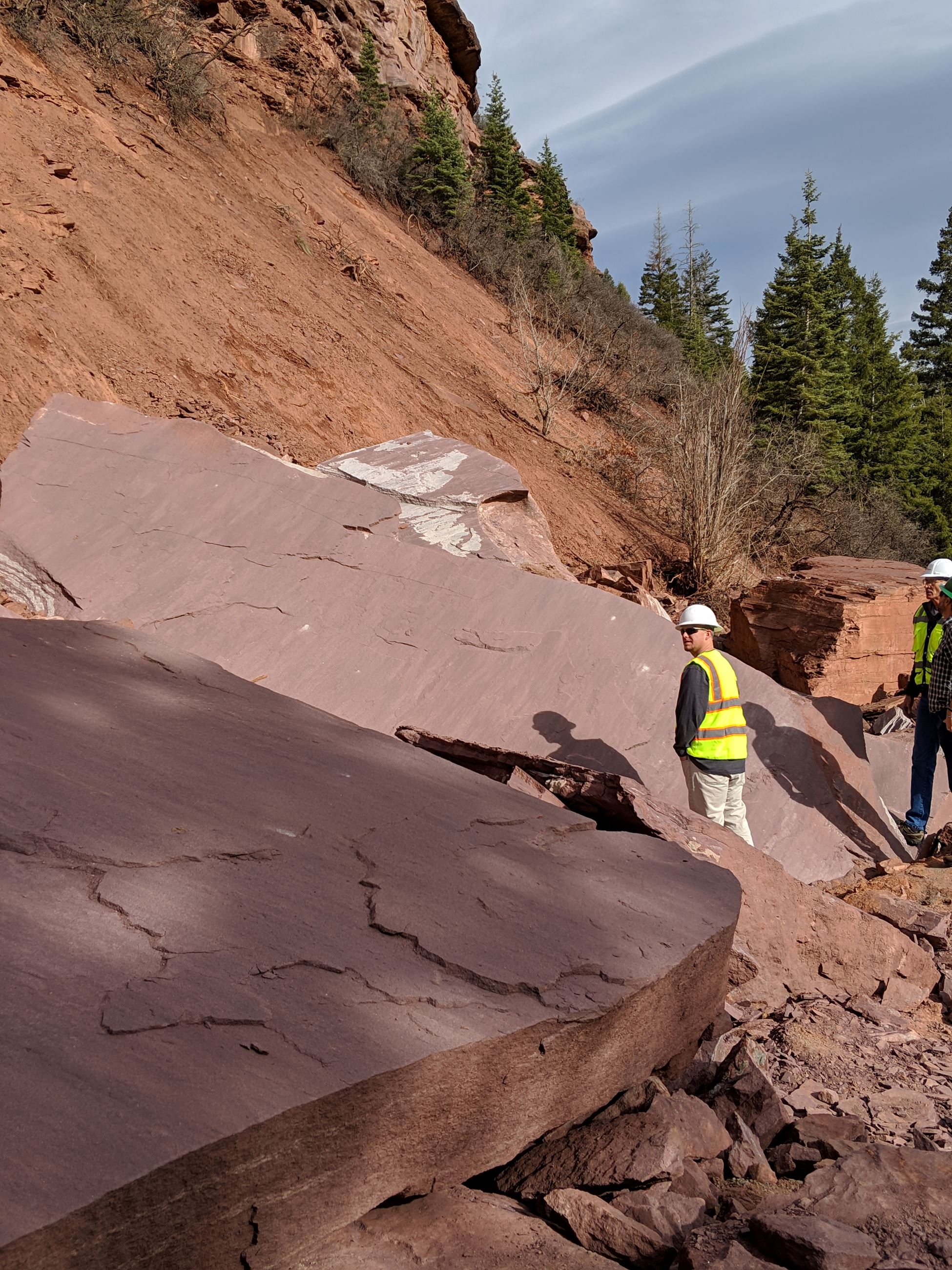